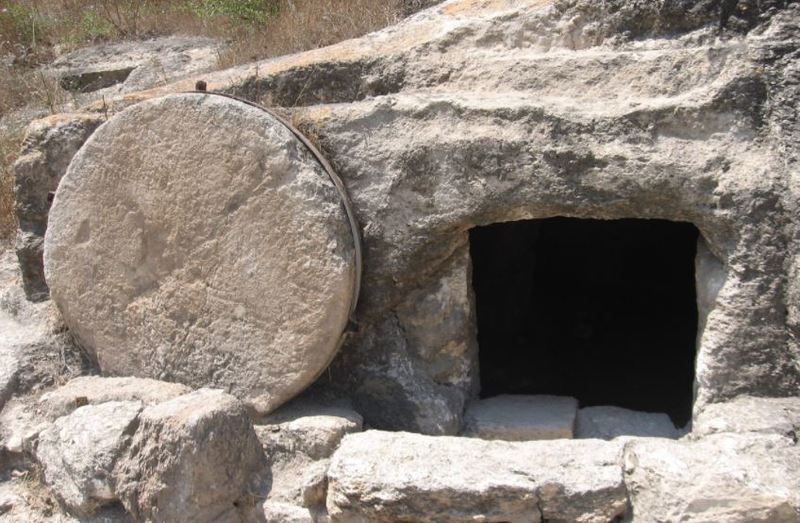 With Maundy Thursday falling on April 1st, the preservice conversation with Pastor Pederson devolved into a recitation of classic pranks. His April Fool jokes were so very much better than any that I had tried. The best story he offered was about when he worked alongside a colleague at a church in Eau Claire, Wisconsin. His assistant pastor, John, was a widower of over a decade. In the intervening years, countless members of the parish tried to set him up with as many women. One year, April 1st landed on a Sunday. During the announcements, Pastor Pederson launched into a captivating communique. “This is a day that I have waited a long time for,” he said, “It is with great pleasure and joy that I can announce that John will be setting a date for his marriage, and you all will soon become very acquainted with his bride-to-be.” John’s jaw dropped. The congregation gasped. And then everyone stood up and cheered. Only to offer up an even louder groan upon realizing they had been duped as Pastor Pederson voiced those two exasperating words, “April Fools!”

I don’t know what your thoughts were as you heard the gospel reading a moment ago, but some might have considered the gospel writer also playing a prank of his own. The beginning of Mark’s Easter gospel starts off great. The women come to the tomb, the stone is rolled away, the tomb is empty, a young man dressed in white tells them that Jesus has been raised, and he exhorts them to go and tell Jesus’ disciples that Jesus will meet them in Galilee. Check, check, check, and check for Resurrection gospel. However, the story ends--indeed the whole of Mark’s gospel ends with--”so they [the women] went out and fled from the tomb, for terror and amazement had seized them; and they said nothing to anyone, for they were afraid.” They said NOTHING to ANYONE. . .for they were AFRAID! How is this the Easter message? Is it some kind of April Fool’s joke?

If you ask yourself this question, you are not alone. In fact, we know that a number of people wondered about this ending to Mark’s gospel. Two individuals in the ancient Church were so troubled by this cryptic finale that they created alternative endings, which we also have in the biblical text. These endings are rather unimaginatively named the “Shorter Ending to Mark” and the “Longer Ending to Mark.” Look it up. It’s true. The alternative endings neatly tie up the resurrection and the story of Jesus. The women dutifully tell the disciples about the resurrection. Jesus appears to them. And he sends them out to share the gospel. Everything in a nice, neat bow.

Yet, I kind of like the authentic ending. Our April Fool’s ending if you will. It’s not so much that we are pranked. Rather, the ending functions in a way that we all respond once we’ve been had in an April Fool’s joke. You are on the alert. Your antennae are primed. You won’t get tricked again. Well, at least not the next year or, perhaps, the one after that. The women running away afraid does exactly this. We are forced to look again at the resurrection. What did we miss? How is this the ending? What is God up to? Indeed, many believe that the author of Mark ends the gospel in this way precisely to drive believers back into the gospel to look for clues and cues for God at work in the world in this way.

Furthermore, far from a joke or a ruse, the authentic ending of the women running away afraid and telling no one is possibly the most believable ending of all. We know that this account was not the end. The women did tell others. The message spread. Communities coalesced.

Fledgling Christianity was very much a part of the late first century, and Jesus’ resurrection was at the heart of their message. Yet, at the beginning, as the first witnesses to this event, might not fear and trembling be the appropriate response? In time, the experience would be tamed and responses with it. Though, wouldn’t an empty tomb, a strange person, and a message of being raised cause you a little concern? Wonder? Worry?

Thus, the rawness and the vulnerability of the women’s response is certainly something to attend to. We gather and offer the Easter greeting--Christ is risen, Alleluia! He is risen indeed, Alleluia!--as if it were a foregone conclusion. Of course, Jesus was raised. Of course, the message is true. Of course, it makes all the sense in the world. Or does it? If resurrection is the power of life over death, of love over hate, of compassion over fear, of mercy over vengeance, and hope over despair then it is, indeed, something to be a little wary of. Terror. Amazement. Fear. All are quite apt responses. Next week Thomas will echo these sentiments in his own way, afraid to believe and fearful of what it all might mean as he meets the resurrected Jesus in the upper room. For resurrection, while it happened in this moment for the person Jesus, also possesses the promise that such power and the presence of God is loose in the world. God is not contained. And far from a winning ticket into the heavenly lottery, resurrection has profound implications for the world in which we live, if we believe that the power and presence, the reign of God exists here and now. We are invited to participate in the heaven on earth that God intends.

Indeed, theologian Wolfhart Pannenberg writes of the resurrection, “The evidence for Jesus' resurrection is so strong that nobody would question it except for two things: First, it is a very unusual event. And second, if you believe it happened, you have to change the way you live.” Or, as Esau McCauley wonderfully opined in the New York Times yesterday, “Mark’s ending points to a truth that often gets lost in the celebration: Easter is a frightening prospect. For the women, the only thing more terrifying than a world with Jesus dead was one in which he was alive.” This is no April Fools! No ruse or prank. This is about life and death. About the victory of love already active and redeeming. About our connection to one another and the larger creation.

For Jesus’ resurrection doesn’t take us out of the world or away from our troubles. Rather, Jesus’ resurrection calls us into life with God and God’s creation in such a way that we are a part of the restoring of that world that began in a profound way in the empty tomb. God afoot in the world to transform the world. And now God continually inviting us into the world to participate in the transformation--making a little more of the presence of God real and palpable here and now--in any that we might. Indeed, if this doesn’t cause you a little hesitation or some terror, you probably don’t get it.