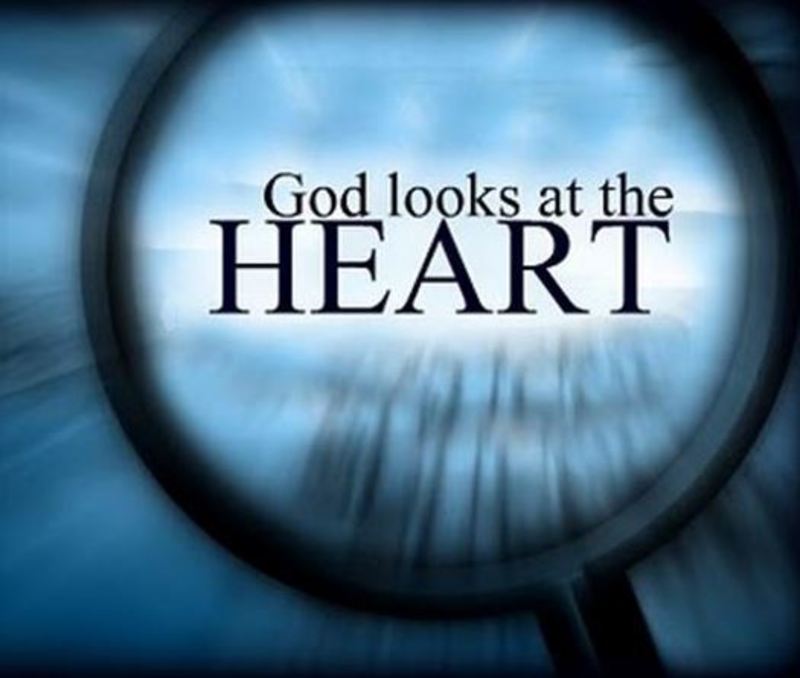 In the collection of Jewish folklore the following story is included:

A young man once came to a great rabbi and asked him to make him a rabbi.   It was winter time then. The rabbi stood at the window looking out upon the yard while the rabbinical candidate droned into his ears a glowing account of his piety and learning.   The young man said, "You see, Rabbi, I always go dressed in spotless white like the sages of old. I never drink any alcoholic beverages; only water ever passes my lips. Also, I live a plain and simple life. I have sharp-edged nails inside my shoes to mortify me. Even in the coldest weather, I lie naked in the snow to torment my flesh. Also daily, I receive forty lashes on my bare back to complete my perpetual penance."   And as the young man spoke, a white horse was led into the yard and to the water trough. It drank, and then it rolled in the snow, as horses sometimes do.   "Just look!" cried the rabbi. "That animal, too, is dressed in white. It also drinks nothing but water, has nails in its shoes and rolls naked in the snow. Also, rest assured, it gets its daily ration of forty lashes on the rump from its master. Now, I ask you, is it a saint, or is it a horse!" [p. 109]

Indeed, the young man only expresses how humans down through the centuries see religion. Religion often is less a practice to free us to be who God has created us to be and more a set of rules to be followed, piety hurdles to be cleared, and actions as the final arbiter of our worth. Like the young man, there are any number of people who will also make religion into a competition. Who is holier than whom?

The religious leaders who confront Jesus in today’s gospel are cut from a similar cloth. Far from scorning them, we should first recognize how similar they were to Jesus--the argument they have is not between insiders and a religious zealot outsider but really siblings--and how they sought to protect the tradition that gave them an identity, conferred upon them the title The Chosen People of God, and sought to mindfully re-present God in each moment through such ritual acts as washing hands before eating.

We say that cleanliness is next to godliness, and perhaps it is true. Certainly, humans have been obsessed with purity laws and cleanliness and for good reason: doing so helps keep us alive, less likely to transmit germs and less likely to spread diseases. All good. However, in the case of the religious leaders around Jesus, cleanliness, ironically, was godliness. Sort of. The washing that took place before eating was not necessarily hygienic. It was a way of remembering God’s presence with them. Thus, it is not surprising that they respond negatively to the disciples' failure to wash prior to eating. The religious leaders are not concerned for the physical health of the disciples. They are concerned for their very souls. In the eyes of the religious leaders, failing to ritually wash was failure to acknowledge that God was present to and for them in that moment.

Yet, when they take Jesus to task, they have entered into territory that they are ill equipped to occupy. Jesus rightly points out that the washing is not a rule of God. It is a rule they have created to remember God. However, their rule has now superseded other laws of God. In their effort to be saints, they play the horse.

Thus, what are the need for rules and laws? For instance, one can easily imagine the glee of young people hearing today’s gospel lesson and trotting home to Sunday dinner and telling their parents that hand washing isn’t necessary. Jesus said so! Well, along with creating narratives that force us to question what we do, how we think, and what ultimately matters, the tradition has also come up with wonderful words to help us navigate this maze of how-we-should-live. Today’s word is adiaphora. It derives from a Greek term meaning “indifferent”. In​ Christian theology, it is the opinion that certain doctrines or practices in morals or religion are matters of indifference because they are neither commanded nor forbidden in the Bible. And when you stop to think about it, so much of our religious life is adiaphora. Unfortunately, many, if not most, of our arguments as religious communities probably center around that which is “indifferent”. Not so dissimilar from the religious leaders in Jesus’ day.

Interestingly, Jesus criticizes not the Pharisees’ tradition but their emphasis on ritual purity as that which makes Israel acceptable to God. Further, if we include a bit more of the text from Isaiah that he quotes, we recognize the core that has been replaced by the emphasis on ritual purity. We see what is not adiaphora but essential. If we read a little further in Isaiah we hear, “Is not this the fast that I choose: to loose the bonds of injustice?… Is it not to share your bread with the hungry, and bring the homeless poor into your house?” (Isa. 58:6–7). As one commentator notes, “What makes Israel acceptable to God is not correct performance of ritual acts but ethical behavior.” Jesus declares that it is not scrupulous observance of the food laws that makes Israel holy, but morality. Not washing but love in action for others. Not rituals that keep us secluded and cloistered, rather activities that draw us into the lives of others for the life of the world. Not dogmatism that demands allegiance to be saved, but a recognition that we are saved--as well are others--so that we need not rely on a litmus test for membership, but the givenness of our reality as children of God is what we see in each other and moves us to that ethical engagement that Isaiah envisions. Jesus continually upsets the apple cart of our desire to prove our worth and value. He challenges the religious leaders of his day and he challenges us. However, what he offers is not despair but rather clarity. It is not what we do that saves us. It is what God has done in Christ that saves. Thus, we are free not to worry about getting every letter of the law right. Rather, we are free to get our hands dirty by doing the holy work of God which bends towards justice, seeks righteousness, and recognizes the worth of all people and God’s creation.

Robert Farrar Capon:   ...Whatever the Gospel of our Lord and Savior Jesus Christ is, it is not a religion. It is, in fact, the announcement of the end of religion. And what is religion? It is the human race's age-long preoccupation with the notion that there is something we can or should do to set ourselves right with God, or to get God to be nice, or to make the universe go more smoothly....   Religion, in short, is an attempt at control -- a kind of conjuring which, while it aims at desirable results, resorts to devices which, in fact, do not, and never have, produced such results. All of which is neatly summed up in the Epistle to the Hebrews: It is not possible that the blood of bulls and goats -- or orthodox opinions, or long prayers, or proper behavior [and I might add, washing hands in the right way] -- can take away sins.   Only Jesus does that. And he does it by one simple device. He announces, in his death and resurrection, that whatever it was that religion ever tried to do or ever would do, he has accomplished once and for all. ["In Us We Trust" an article in The Door, March/April 1989 #104]