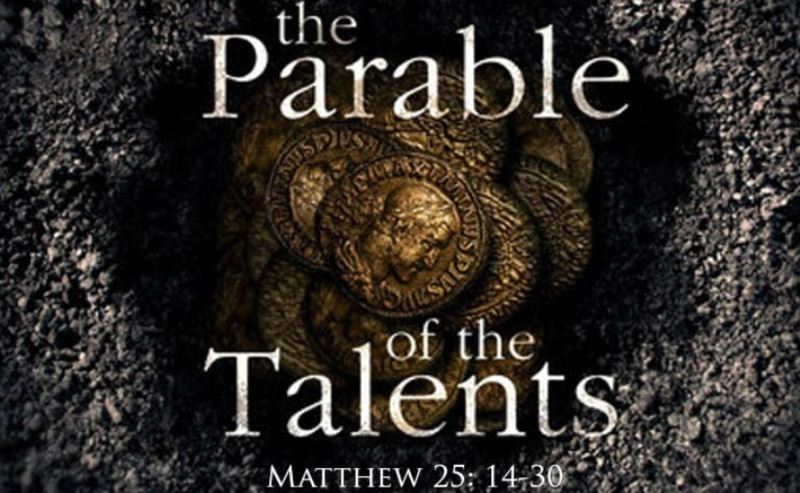 My grandmother’s house was always spotless, and super tidy. It was a great source of pride for her, the cleanliness of her home, and as children we were instructed to be very careful to not spill our drinks or food at her house, and never, never, never think about doing anything with those crayons and markers that might spill off of the page. Sadly, Grandma Kaye, as I called her, developed dementia in her nineties, and during several of my last visits with her, an inordinate amount of time was spent looking for things she claimed to have hidden. For as long as I can remember, her favorite gold jewelry which she had purchased during the years she, my grandfather and my Dad had lived in Peru – a necklace, bracelet, and ring with stylish version of a llama had been in her dressing table’s special jewelry drawer. But, on one visit the set was missing! She said she had decided to take that and her most valuable jewelry, and hide them around the house. But, she said, she had no memory of where she hid them! And, with that, began the search that took hours and days. Knowing how depression era people would hide money under their mattress, that was the first place I searched. No jewelry there, but I found other things under the bed – lots and lots of purchases of things she would frequently use – nylon stockings, make-up, shoes – all brand new, in unopened packages. Trying to think about where someone would hide valuable things began a past time during that trip – the sock drawer, inside pots and pans, at the back of deep cabinets – so many possibilities! Amazingly, the jewelry was eventually found! She had put it in a baggie and stored it in the hem of the curtain in her bedroom. A strange hiding place, but rather effective. In honor of her and the story, I am wearing the bracelet today.

As we just heard in today’s Gospel reading, hiding one’s talent by burying it in the ground is definitely not something that is rewarded. This parable is another challenging one particularly for the words in it. From the get go, like me, you were probably struggling with the frequent hearing of the words slaves and master. Most other bible translations have translated the Greek word doulos, that was used in this parable, as servant instead of slave. Clearly, hearing servant instead of slave would not bring up all the hard associations with the word slave and slavery that might have come up here, and the memory of America’s ugly history of slavery, and its role in contributing to systemic racism and current racial discrimination. Why the word slave stayed in the revised version we use in the Episcopal Church – the New Revised Standard Version – NRSV – seems to be due to the NRSV Committee Members’ majority opinion that doulos in Greek meant slave and not servant, and their thoughts that if the original authors of the New Testament wanted to say servant, there were other Greek words available for servant they could have chosen instead and which are used in other places of the New Testament. (Robert C. Denton - “The Story of the New Revised Standard Version” found at bible-researcher.com). So perhaps, our version might be the more “accurate” version, but does its usage help us to find meaning in the parable or push us away? From this part of my sermon onward, I am going to use the words servants and landowner instead.

The next word that we need to reckon with in the parable is the word talent. The gospel reading says that when the landowner went on a journey, he gave these things called “talents” to his workers. One of them was given five talents, another two talents, and another one talent. And, the decision about who got how many was based on their ability, although what that ability is not known yet, but comes later. So what are these things called talents, you ask. Well, apparently a talent was a unit of weight of approximately 80 pounds, and when used as a currency would be equal to 80 pounds of silver, and, according to Wikipedia – equivalent to $6,000 denarii, the standard Roman silver coin used in Jesus’ time. And, back then it was standard practice to pay workers one denarii for a day’s labor, which means one talent could be the equivalent to 16 years of pay. So, you get the drift here, talents are worth a lot, and are heavy in terms of weight. A talent would be particularly difficult to hide in the hem of a curtain for example. So fast forward, the landowner comes back, and the one who the landowner said had the most ability through some savvy business dealings had doubled the talents to ten. Likewise, the second servant doubled his two and now had four talents.

These two folks were highly praised and rewarded by their boss. However, the one who had only got one talent, made no money for the owner because he buried the talent in a hole in the ground. And, he said he did this because the owner was a harsh man who reaped where he did not sow, and gathered where he did not scatter seed. This servant’s one talent got taken away from him, and it was given to the wealthiest servant. He was severely criticized, called lazy, berated for not, at least, putting the talent in the bank to earn some interest, and was thrown into the outer darkness: “where there will be weeping and gnashing of teeth.” So, on its face, this seems to be about: 1) make sure your boss recognizes your abilities, so you get more money; 2) be good at business dealings and make sure to double your money; 3) don’t criticize the boss; 4) if you can’t double your money, then at least put it in the bank otherwise suffer damnation and hell. If this is what this is about, I am in real trouble. I am rubbish at investing money (although I did suggest to Peter we invest in zoom – pre-COVID), but because we are risk averse we never did. And where is God in this??

While one interpretation could certainly be about how this justifies or supports the notion that it’s okay for the rich to get richer as long as they are on the right team (a version of the prosperity doctrine) , or even the reverse perspective could be taken – isn’t this a good example of the cruelty of the real world when a person who doesn’t want to have a lot of money stands up to the “man”. But for me, in these troubling times of COVID-19, national division, and systemic racism, what speaks to me the most is seeing this as a metaphor for trying to do the best we can for the time we have left. God has given us one life to live, and as we know – life is short. There are many things about the world that is unfair, and many people, like myself, have been given unfair advantages in life. I see this parable as a charge to me to make sure that I work extra hard to change the world so that people do not have advantage based on their skin color, their religion, their gender or the socio-economic background they are born into. Seen in this light, the servant who was condemned could be seen as a person who, like the talent he buries, has buried his head in the sand, meaning refuses to think about unpleasant things, and, as a result will make no effort to try to change things for the better, the things that Jesus wants us to do. And, what is the punishment for that person? I do not believe that God will punish anyone with the violence suggested here, but rather, for that person, who buries his head in the sand, and does not engage his own abilities in healing the world, that person’s material existence might be compared to a metaphorical outer darkness, or a hell, of one’s own making, where everyone from his perspective, is seen as harsh and in negative terms.

So much of what is happening to us during this pandemic seems so daunting, doesn’t it? We are forced to make decisions about things we could never have conceived of before – such as -- do we celebrated Thanksgiving with our friends and relatives, when increasing the number of people inside our homes can have grave consequences? Sometimes, it feels like we are making important personal moral choices without the adequate guidance of leadership or science. This is a scary place to be in. We want answers to make our decisions, and there are no answers forthcoming. So, what are we to do, how does this parable help us now – today – in COVID-19 times, in America? As Christians, we need to do the best we can in the time we are living in, using our talents to make the kingdom of God on earth realized. And what does that look like?

Well, we only need to go four verses on in Matthew to my favorite verses of the bible for instruction on how to use our talents to make a difference in the world. There, it is unequivocal about what we are to do as Christians. We are to feed the thirsty and hungry, cloth those who need shelter and clothing, take care of the sick, and visit those in prison. In other words, we are charged to take care of those who are the most vulnerable. Please let this be in all of our minds as we navigate the difficult days ahead. Let us commit to using our talents and our gifts, earned and unearned to make lives better for those around us. These are hard times, but please allow the unconditional love of God for you to be the catalyst of your faith, that will not only sustain you, but also inform you as you navigate the times ahead. And, may God’s love for you, that surpasses all understanding, hold you, protect you and give you peace. Amen