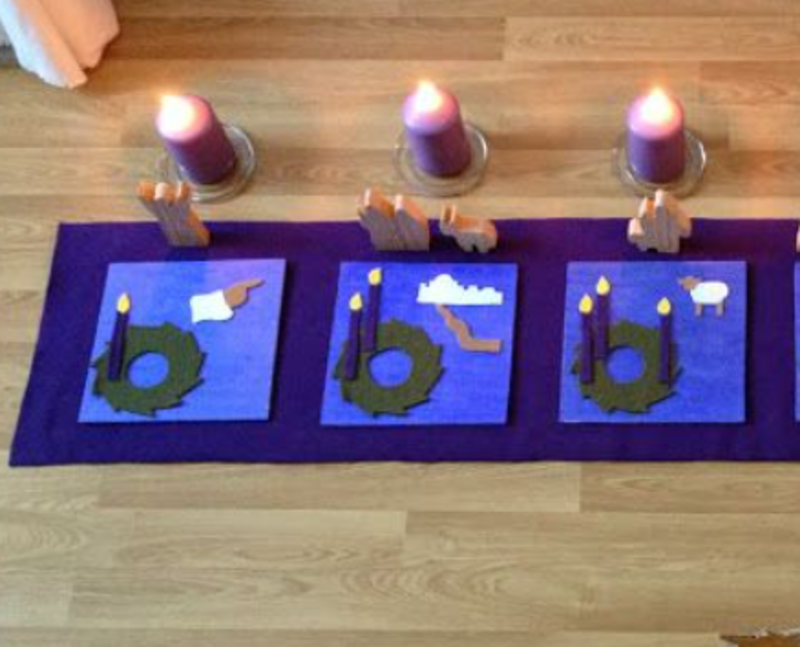 On the third Sunday in Advent we remember the shepherds who were standing in the fields around
Bethlehem keeping watch over their sheep. They were trying to stay awake so the wolves could not
come and get their sheep. Suddenly there was so much light in the sky that it hurt their eyes.
They were afraid. Their hearts were beating so loudly. When they could hear something besides their
own hearts, they thought they heard singing in the sky! That also scared them until they heard the
words of the song. They angels were singing “Do not be afraid.” Angels often say that, because it is
scary to have a messenger of God come to you.
The angels singing sounded something like this: “Do not be afraid. We bring you tidings of great joy.
Peace on earth and good will to everyone. A Child is born. Go. Hurry. Run to Bethlehem to see the
Child who will change everything.”
This week you have the pink candle and the light of the shepherds. Sit back and think about the
shepherds as the run to Bethlehem to see the Child who will change everything. 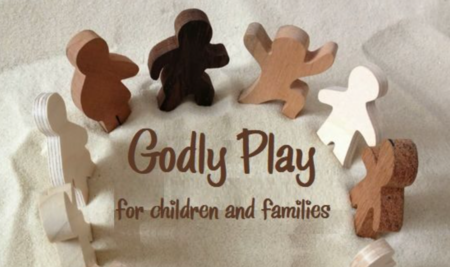 Godly Play The Presentation of Jesus