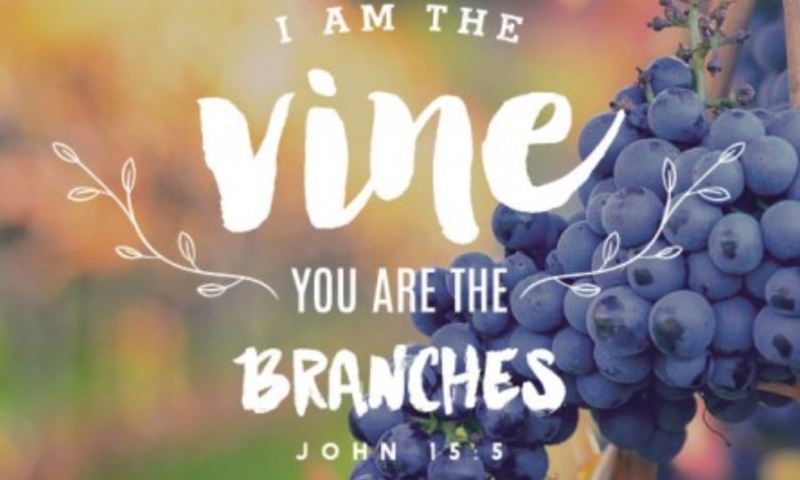 United Methodist pastor, Melissa Earley, wonderfully describes an encounter with a mentor while in the midst of a crisis regarding her pastoral identity. In the early aughts, Melissa had participated in a number of programs on congregational development. As she noted:

Every month a different visionary leader armed with a PalmPilot on one hip and a cell phone on the other (this was the early 2000s), with cowboy swagger that was both bravado and “Aw shucks, was God faithful,” was paraded in front of us with the same story. He—they were almost all men—would tell us with a mix of self-effacing stories and hushed intensity about the strategies he’d implemented to turn around his faltering congregation. The message was always the same: if we did the right things and implemented the right strategy, God would be faithful and our ministry would bear fruit.

But, for Earley, growth and vitality were not emerging. It appeared as if she, or they--or both-- were not bearing fruit. One day she laid out her situation to her mentor. She listed the books she’d read and the strategies they’d prescribed and the many, many ways she was failing as a pastor. After she finished describing her difficulties, her mentor thought for a moment. “It sounds like what you’re learning” he said, “is to stop reading those books.”

And I suspect that we all have our own stories of when it was time to stop reading those books! We live in such a hyper-competitive culture. We are daily bombarded with the next-best-strategy for success or self-actualization or productivity. And we marinate in an environment that constantly measures our worth by what we are able to produce. Thus, we are primed to hear the words of Jesus in today’s gospel as threat. Jesus says, “I am the vine; you are the branches. If you remain in me and I in you, then you will produce much fruit.” Gulp! For then we scurry down the rabbit hole of questioning and self-loathing. Am I producing enough fruit? How do I know it is enough? If it is okay, then I need to produce more? Is it the right kind of fruit? Is there other fruit I should be producing? Am I doing better than Bob over there? Or not? How can I maximize my position? And what happens if I can’t?

Back to the counsel that Melissa Earley received: stop reading those books. Or to the point, stop listening to the voices that surround us with the need to produce, produce, produce.

For hidden in today’s lesson is the promise that places everything in perspective: apart from me you can do nothing. “Well, hold on there just one second, Jesus.” we might think. We might not be able to do everything, but we are pretty good. Right? Again: apart from me you can do nothing. Which is really the point. Not that we are losers and helpless. Rather, if we take the metaphor seriously of God as the gardener, Jesus the vine, and we are the branches, there is a fundamental, foundational understanding that we must have that “apart from me, you can do nothing.” Think about it. No self-respecting vineyard owner goes out into the vineyard and exhorts a branch on the vine to, “Produce More!” It’s impossible. The branches possess no agency. They have no control over what they do. They are ever and always dependent upon the vine and the gardener. The text is not meant to be a threat. The text is a promise: Jesus abides in you and you abide in him. Or, as Eugene Peterson notes in his translation of this text, “Live in me. Make your home in me just as I do in you.”

And this is the point of this text and Jesus life and mission: connection. Not amassing large crowds, but loving people. Not filling the room, but filling hearts. Not seeing growth in numbers as the end, but recognizing the development of souls as the journey. From this place of connection and relationship--living in Christ and recognizing Christ lives in you--everything else flows. Thus, Jesus points out that whether you produce or not, you’re going to be cut. Indeed, the unproductive branches are cut off altogether. And, the productive ones are pared back, so that they might produce more. And what is it that we are invited into? What are we asked to produce? What are the fruits of the branches? Well, at a very real level it is to replicate the connection and relationship that we enjoy with the vine in the larger world. Or as John writes in the second lesson, “Beloved, since God loved us so much, we also ought to love one another. No one has ever seen God; if we love one another, God lives in us, and his love is perfected in us.” We are called into relationship with God and, by extension, the larger world. We are not isolates, nor can we be our own masters. We exist at a crucial place of dependency. Needing God and needing one another. As the African proverb says: Because we are, I am.

It may seem strange that Jesus would speak in this way to his friends prior to his crucifixion, and it may seem strange that such words are meant for our ears centuries later. However, the community for whom John was writing existed in a precarious place. Their choice to believe in and follow Jesus made them suspect in the eyes of the established religious authority and subject to excommunication. Meanwhile, community meant everything to them. Indeed, their very identity was caught in their relationships to the larger group. To be cast out—homeless, landless, family-less—was the ultimate shame and fate. Therefore, John’s community struggled to redefine community. They ended up recognizing this community and embodying the promise of Jesus and then seeking to share it with others.