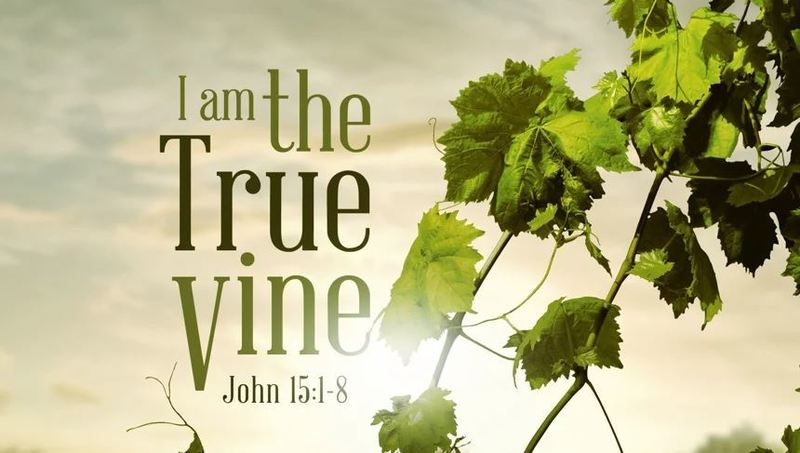 One may be hard pressed to find a more succinct caricature of the Christian worldview and what lies beyond than the immortal words of the rock star Prince in the introduction to his song Let’s Go Crazy. Consider:

We are gathered here today

To get through this thing called "life"

It means forever and that's a mighty long time

But I'm here to tell you there's something else

A world of never ending happiness

You can always see the sun, day or night

Things are much harder than in the afterworld

You're on your own

Perhaps a bit of the customary Christianity of Prince’s youth rubbed off on him and found its way into this piece. The song betrays a sense of wonder at life--electric word life--as well as a place beyond this life--a world of never ending happiness--and finally the juxtaposition between the two worlds--in this life things are much harder than the afterworld. In this life, you’re on your own.

And I suspect that we have all had moments where we see the world through this lens. Life is amazing, particularly in the presence of a glorious day such as this. Life is wonderful, especially when we meet the love of our life or witness the birth of a child or stumble into moments of grace. Life is a gift, notably as we reunite with family and friends after the ordeal of this pandemic. Yet, we also are aware that even if we are not on our own in the world, it certainly feels that way from time to time. Illness, job loss, concern for a loved one can isolate and consume us. Not to mention the pervasive global issues like the recent spike in violence in Israel and Gaza, the ongoing difficulties for immigrants at our borders, and perennial concern for creation. In those moments, we long for a world that transcends the problems of this world. A world that is of never ending happiness?

Yet, such a world view is not, necessarily, a conventional view of traditional Christianity. Indeed, many would argue that the idea of the world beyond this world is more the result of Greek philosophical influence on Christianity than what you find in the Bible. While we long for a place of never ending happiness when things are tough, the book of Revelation, for instance, imagines not a heavenly realm beyond this world, but the very city of God descending into this world as the end of all things. Furthermore, the idea of heaven becomes this place where those judged righteous go. Meanwhile, the unrighteous head to a place of eternal judgment. Again, this is more the dualism of Greek thought than the encounter with Jesus in the gospels.

Take today’s gospel for example. Jesus is about to experience the “On-your-ownness” of the world, as he is about to be arrested, tried, and executed. Yet, in this moment, Jesus does not mount an insurgency or run away. Rather, in what is known as the high priestly prayer of this text, Jesus prays for his friends. He underscores the relationship that he possesses with the divine and with his disciples. He recognizes that the world would not accept him, and the world will not accept his friends. Nevertheless, he prays that when he is gone, the disciples--and by extension the early Christian community--would be sustained. Far from taking the disciples out of the world, Jesus prays for them as they continue in the world. Furthermore, he does not take them with him, but they are called to be in the world.

Such a distinction may seem inconsequential, but the way that we look at the world and engage the world derives from this point. Throughout the Bible, the message is that God is journeying ever and always with us. There is no place that God is not. And God desires passionately to be in relationship with us. Thus, each moment is sacred, and the lives we live and the world in which we live is holy. We are called to care for ourselves, others, the larger creation, and in doing so, we participate a little more fully in the relationship that God in Christ invites into.

Robert Farrar Capon makes a vital distinction that drives this understanding home. He distinguishes between a mechanical and a personal analogy of divine help. Capon notes that the Scotist school of Franciscan theologians saw the Incarnation as not just a solution for sin, but that the Incarnation would have occurred were there no such thing as sin. As he writes, “They saw the action of God in Christ, not as an incidental patching of the fabric of creation, but as part of its very texture.” He goes on:

And there you have the bridge from a mechanical to a personal analogy to the divine help. When we say that a friend “helped” us, two meanings are possible. In the case where our need was for a Band-Aid, a gallon of gas or a push on a cold morning, we have in mind mechanical help; help for times when help was at least possible. But when nothing can be helped, when the dead are irretrievably dead and the beloved lost for good, what do we mean by telling Harry how much help he was to us in our need? He did nothing; he rescued no one from the pit, he brought no one back from the ends of the earth. Still, we are glad of him; we protest that without him we would never have made it. Yet we know perfectly well we could have gotten through it just by breathing in and out. That means, therefore, that what we thank him for is precisely personal help. It was his presence, not the things that he did, that made the difference.

So with God, perhaps. Might not Incarnation be God’s response, not to the incidental irregularity of sin, but to the unhelpable presence of badness in creation? Perhaps in a world where, for admittedly inscrutable reasons, victimization is the reverse of the coin of being, his help consists of his presence in all victims. At any rate, when he finally does show up in Jesus, that is how it seems to work. His much-heralded coming to put all things to rights ends badly. When the invisible hand that holds the stars finally does its triumphant restoring thing, it does nothing at all but hang there and bleed. That may well be help; but it is not the Band-Aid creation expected on the basis of mechanical analogies. The only way it makes any sense is when it is seen as personal: When we are helpless, there he is. He doesn’t start your stalled car for you; he comes and sits with you in the snowbank. You can object that he should have made a world in which cars don’t stall; but you can’t complain he doesn’t stick by his customers.

And the high priestly prayer of Jesus in today’s text is this kind of reminder. God present with us. Personally involved. Staying by our side come hell or high water. Thus, life is, as Prince would say, “Electric.” And it is also hallowed. Not the place we run from for, “a world of never ending happiness.” Rather, a world where we plant the flag of God’s grace, mercy, and love, and know that we are never alone.