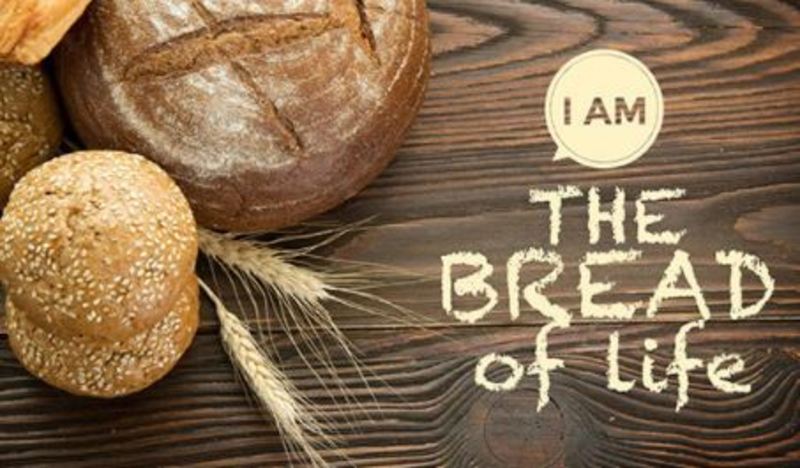 There exists a poignant encounter in the movie The American President between the fictional President, Andrew Shepherd, and one of his advisors, Lewis Rothschild. They debate what response, if any, the President should have to low poll numbers. The situation exists, in part, because of the President’s reticence to publicly address his relationship with a lobbyist, even though he is a widower of many years. Rothschild implores the President, “People want leadership,” he says, “and in the absence of genuine leadership, they'll listen to anyone who steps up to the microphone. They want leadership. They're so thirsty for it they'll crawl through the desert toward a mirage, and when they discover there's no water, they'll drink the sand.” The President responds, “Lewis, we've had presidents who were beloved, who couldn't find a coherent sentence with two hands and a flashlight. People don't drink the sand because they're thirsty. They drink the sand because they don't know the difference.”

The screenwriter for the movie, Aaron Sorkin, clearly has a fascination with narratives of politics and power. Not only did he make The American President, he also developed The West Wing and The Newsroom. Although he could easily have been influenced by the lessons from the Hebrew Scripture (that which he certainly heard in synagogue growing up) and the Gospel text for today. At first blush, the narratives seem to be focused on a very clear issue: food. More to the point, both lessons portray the needs of people. The Israelites wander in the desert and are about to starve. God provides for them by sending manna--literally what is it?--to save them. Meanwhile, Jesus feeds the 5000, and they follow him looking for more. Indeed, as John Chrysostom notes, “By [Jesus’] words to them, He was all but saying this, ‘It is not the miracle of the loaves that has struck you with wonder, but the being filled’.”

Yet, the hunger and feeding in both of these narratives raises a more profound and pertinent issue that connects to the aforementioned discussion in The American President. The people in both stories fail to recognize the divine reality in front of them, as well as the consequences of an encounter with God. In fact, these texts are as much, if not more, about perceiving the truth in reality as they are about food. While food is clearly a basic requirement among the physiological needs that exist in Mazlow’s hierarchy, the people myopically focus solely on food. Thus, while we need food to survive, our lives and the richness of life involve more than food. Food in this instance might just as well have been sand. Critically, the people do not know the difference. They will go wherever they are fed. Indeed, following Mazlow’s hierarchy, safety, love and belonging, self-esteem, and self-actualization are stages along life’s way that we are invited to move into for a fuller and richer life and not just basic sustenance. That which Jesus hints at.

He speaks about being the bread of life and in him one would never thirst. Though, of course, he speaks not in literal terms but transcendent ones. Thus, formidable questions arise for us, “Who do we follow when wrestling with these higher order realities in our life?” Do we simply see God as the one who provides food--manna from heaven or bread and fish? Does God exist as some type of divine sugar daddy who takes care of everything if you are good and simply abandons you if you are not? Or does God engage us in complex and complicated ways to lead us more deeply into who we are to be? Undoubtedly, there are those who see religion through the lens of the former, and they are those who blindly follow and will be led anywhere as long as they are fed. In our country today, this unexamined posture can lead to actions where people mistake the sand for the water and act in ways counter to their well being, not to mention the common good. People unreasonably and obtusely follow those who, in Rothschild’s words, step up to the microphone, but what is followed leads to actions and policy that are detrimental to people, particularly those most in need. Economically, educationally, socially, and physically they are compromised. This is the opiate of the masses that Marx described. We drink the sand, not knowing the difference.

However, Jesus challenges such a simplistic understanding of God. He invites those who follow him to Capernaum in today’s text and those of us here into a much more involved existence that wrestles with what it is that we seek and who it is that we follow and offers a way to understand the difference between water and sand. Jesus ends the lesson underscoring who he is, “I am the bread of life. Whoever comes to me will never be hungry, and whoever believes in me will never be thirsty.” Though, he talks not of a physical food or drink but rather a spiritual one that provides for the believer wherever he or she may reside. Such a teaching invites us to consider our needs and humanity at a deeper level. We, like those around Jesus, want to be given this bread always. Yet, what is it? Shelly Satran raises a vital question for us given this context. “Could the relentless consumption of our society,” she asks, “be a sign not so much of greed, ingratitude, or lack of self-control, but of an underlying hunger that people don’t know how to fill? Spiritual hunger is real.”

Indeed, spiritual hunger is real. Thus, what is it that, try as we might, we are unable to satisfy? What is it that, regardless of the wealth and prosperity we know, we cannot find peace? What is it that, even with opportunity and access we have, we fail to know rest? Interestingly, these higher order needs that Mazlow identifies are not things that take us out of the world. Rather, more often than not the meaning and purpose and value that we find when searching for satisfaction, peace, and rest are found in engagement with the world around us, particularly the needs of the world. In fact, Jesus is the model for this type of understanding. He embodies for us where fullness of life is to be found. Not in power or prestige. Not in consumption and greed. Not in controlling everything. Rather, in entering fully into the needs of the world, meeting others in their hunger and thirsting, and journeying together to a place of provision, Jesus shows us a different way to live into our being. In letting go and entering into the mystery of our lives and the world around us, we begin to recognize the one who meets us in each moment and walks with us more deeply into our being. It is here that we discover what water tastes like, what sand is to be pushed aside, and the one who calls us to see reality, acknowledge it, and partner in changing it in ways that are just, merciful, and compassionate, so that life can flourish for ourselves and for others. We act not because we will be rewarded or atoned but because we recognize the hunger in our heart that cannot be sated with bread alone. We seek engagement with that which is the ultimate in our life and connects us more fully to who it is that we are, other people, and the whole of creation.

The tendency in life is to respond to the world out of the primal needs that we experience, food and drink about as basic as we can get. Yet, God in Christ invites us today not to be fixated solely by these desires. Rather, he calls us to trust the divine in the journey that we are on in life and to partner with God in engaging, healing, and sustaining the world. Such activity is not easy. It is, however, a sign of heaven present to us here and now. It is the very bread that gives life, quenches our thirst, and invites us to give our lives away in return.