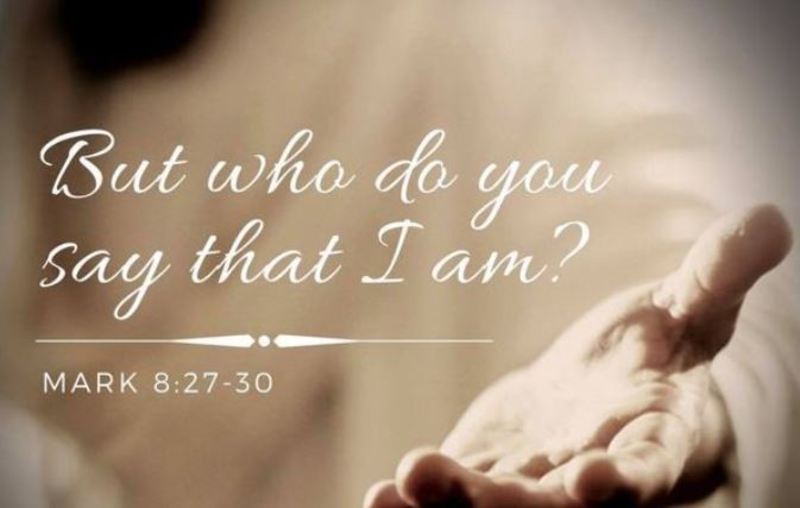 In what made a top ten list of best mistaken identity stories, the British Broadcasting Corporation (BBC) decided to air a special on a lawsuit between Apple the maker of the iphone and Apple Corporation a music label owned by the Beatles. The BBC invited Guy Kewney, a technology writer and Internet expert for an on-air interview. The same day that Kewney’s interview was to take place another man, Guy Goma, arrived at the same London office for a job interview.

BBC staffers mistook Guy Goma for Guy Kewney and began making him up and wiring him with a microphone in preparation for the live interview. While this happened, Guy Goma thought that he was being prepared for his job interview and only realized what was happening when the supposed “interview” began. The look on his face at that moment was priceless. Goma maintained his composure, but, as you can imagine, his responses were a bit interesting. When asked whether he was surprised about the verdict of the legal battle, he replied, “I’m very surprised to see this verdict come on me. I was not expecting that.”

While the gospel text for today is commonly referred to as the Confession of Peter, where Peter correctly identifies Jesus as the Messiah, perhaps we might more aptly refer to it as the story of mistaken identity. Certainly, there is a good deal of confusion and faulty expectations. In the middle of his ministry in Mark’s gospel, Jesus poses the question to his friends, “Who do people say that I am?” Clearly, there is no unanimity. Some say John the Baptist, some say Elijah, some say one of the great prophets of old. And then to the question of, “Who do you say that I am?” Peter hits it out of the park. You are the Messiah. Full stop! What an insight, and what a revelation! For within first century Judaism, the Messiah was the long awaited response by God to the needs and fears and concerns of the people.

Indeed, this past Wednesday during the weekly call with the Bishops of the Episcopal Church in Connecticut, we observed the readings for the Feast Day of the Virgin Mary. Luke 1 struck me as rather interesting set alongside the gospel text for today. In Luke we hear:

The angel [Gabriel] said to her, ‘Do not be afraid, Mary, for you have found favour with God. And now, you will conceive in your womb and bear a son, and you will name him Jesus. He will be great, and will be called the Son of the Most High, and the Lord God will give to him the throne of his ancestor David. He will reign over the house of Jacob forever, and of his kingdom there will be no end.

Luke lays it out pretty clearly. In popular Jewish thought, the Messiah was to return Israel to power, prestige, prominence. Mary’s son was to be great, take over David’s throne, reign forever. So you might guess that Jesus’ rejoinder to Peter’s confession leaves the disciples scratching their heads. Rather than power, Jesus talks about suffering. Rather than prestige, Jesus acknowledges that he will be killed. Rather than prominence, Jesus predicts vulnerability. Rather than the computer expert, the disciples get what they perceive to be the job interviewee.

This cannot be! This cannot happen! Peter says as much. As my tennis friends are wont to say, Peter goes from hero to zero in an instant! In less time that it takes to look up the meaning of the word Messiah--which means “anointed one”--Peter moves from aptly identifying Jesus to Jesus turning on him and saying, “Get behind me, Satan! For you are setting your mind not on divine things but on human things.” Clearly, the identity that Peter expected and the one that Jesus expresses are at odds. Jesus tells his friends that he must go to Jerusalem and “undergo great suffering, and be rejected by the elders, the chief priests, and the scribes, and be killed, and after three days rise again.” They want someone who will bring them back to a place on the world stage, an end to brutal Roman occupation, freedom.

Thus, the text for us today raises a critical question. In the 21st century, on the 20th anniversary of 9/11, amidst a pandemic, buffeted by the effects of climate change, surrounded by needs, fears, and concerns, who do you say that Jesus is? Who is this first century Jewish prophet in your mind? What difference does he make? And, why?

Furthermore, if you side with Peter’s confession and acknowledge Jesus is the Messiah, God’s anointed, how do you understand what that moniker means? Are you also looking for one who will embody power, prestige, and prominence? Or are you willing to explore that God may come to us in the guise--the mistaken identity?-- of one who suffers, dies, and remains vulnerable to the struggle of the world. According to the text, when we desire the former--power, prestige, prominence--we set our mind on human things. When we embrace the latter, we set our mind on divine things. Therefore, we should be forgiven if we scratch our head like the disciples.

Indeed, this text forces us to confront how we imagine God at work in the world. Does God exist to take us out of all the problems in the world? Is God about creating a pathway of ease and prosperity, where we can transcend the troubles? Or does God engage us in ways that we might not readily recognize nor always desire. How might God continue to encounter us in choosing suffering? How might God meet us in the midst of death? Where might we see and hear the holy presence with us and for us in vulnerability? This gospel is upsetting. It pushes us to seek God outside of the places and positions that provide security and control. This gospel, this Messiah, invites us into the messiness of the world and meets us precisely there. Furthermore, Jesus lays out quite starkly what our response should be, “If any want to become my followers, let them deny themselves and take up their cross and follow me. For those who want to save their life will lose it, and those who lose their life for my sake, and for the sake of the gospel, will save it.”

In the end, this is about identity. Not the mistaken identity of Jesus and what Messiah means, but our identity hidden with Christ in taking up a cross and following Jesus. This is not about gratuitous suffering or condoning abuse as “a cross to bear.” Rather, Jesus’ invitation to lose our life and, thus, save it, is to discover our true self. Not in the power, prestige, and prominence which is the world’s delusion, but in the very real and, at times, challenging, at times, painful, at times, confusing moments of life. To see them as a part of a greater whole. Not divorced from God, but God present with us, to us, for us, even there, perhaps, especially there. Thus, we need not deny this reality. Fear it or be ashamed of it. But we can accept it, acknowledge it, and trust that we are not alone. Indeed, God knows us better than we do.