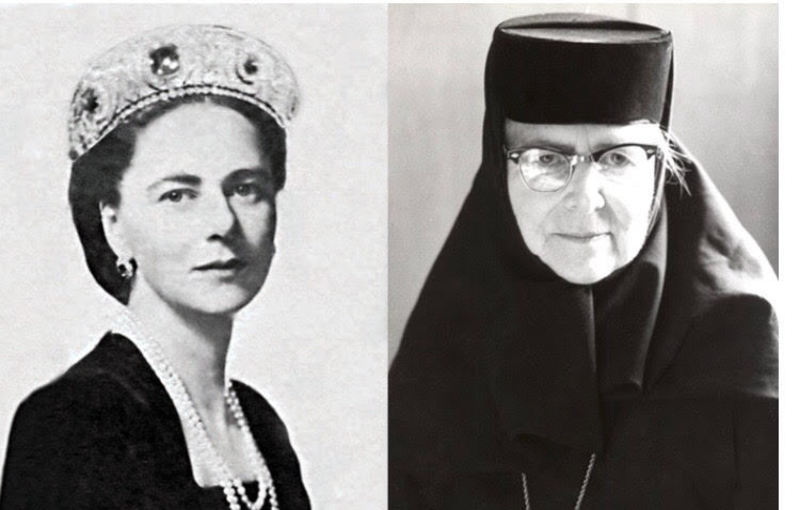 With God all Things are Possible

When my daughter Emma was twelve, she was obsessed, as many adolescent girls are, with vampires! Around that time, I read in the newspaper that a castle, in the former Transylvania, Bran Castle, might be returned to a member of the Romanian royal family that had owned it before the communist government seized it from them after WWII This castle was associated with a 15th century figure called Vlad the Impaler whom became connected to Bram Stoker’s character Dracula who had a similar castle in the novel perched on a rock in Transylvania. Because of the physical similarity of Bran Castle to the one in the novel Dracula, Bran Castle came to be known as Dracula’s castle. This was an interesting story to any lover of vampires, but what was more interesting was that the family member it was going to be returned to was the Archduke of Austria, Dominic von Habsburg whom the article said lived in the town next to Ridgefield where we live. Somehow, I was able to find the email of Mr. von Habsburg and asked him if he would mind meeting with me and Emma so she could hear more about the castle, and perhaps turn the story into a school project of sorts. He generously agreed, and Emma and I met him and his wife in their beautiful home purchased on a hill not far from where we live.

It turned out to be a very interesting afternoon, where the Archduke told us of his fascinating childhood in the castle and during the war where his mother Princess Ileana of Romania started a hospital for the wounded Romanian soldiers. When the family was forced to leave because of Communism, they eventually settled in America where life was very different from the life they had in Romania, and they struggled financially having lost everything in the move. His mother eventually divorced his father Anton, the Archduke of Austria, and, in order to take care of her six children told her life story to the Ladies Home Journal in 1952 that was called – “the Cinderella in-reverse story of a princess who is now an American housewife.” But for me the most intriguing part of her story was how she eventually heard a religious calling, became an Orthodox monastic nun with the new name of Mother Alexandra, and founded the Orthodox Monastery of the Transfiguration in Ellwood, PA, the first English language Orthodox monastery in North America. She was the Mother Superior of the monastery until 1981, and lived there until she died in 1991. I was in seminary at the time we met with the Archduke and the story of his mother’s call to monastic life was inspiring. Sad for Emma as when I found out this part of their story, I had so many questions, that the conversation about Bran Castle and Dracula got left behind. The Archduke did eventually get Bran Castle back along with recognition of his title, and it remains a place you can still visit in Romania.

Mother Alexandra, the great-granddaughter of Queen Victoria, and Tsar Alexander II, made a decision that to most would have seemed almost impossible. She gave up her status as a princess who owned a castle and followed her heart, took a vow of poverty and become a nun in a monastery. Our church’s patron saint, St. Francis did the same. Growing up wealthy, his “hagiographers remark about his bright clothing, rich friends, and love of pleasures”1 but he later renounced his father and his future inheritance and is said to have stripped naked in the town square, and gave all his possessions including his clothing back to his father.   1   Francis of Assisi – Wikipedia.org

St. Francis’ ministry was devoted to serving the poor and those most vulnerable including the sick and those with leprosy. Another modern-day example of a person giving up fame, fortune and money is the actress Dolores Hart of the autobiographical documentary, God is the Bigger Elvis, who became a Benedictine nun at the Abbey of Regina Laudis monastery in Bethlehem, CT. In each of these stories, they started out as the man in our Gospel reading from Mark today who had many possessions. Like him, they may have led an obedient, faithful life, but, when the young man in the story gets the instruction from Jesus saying: “you lack one thing, go sell what you own, and give the money to the poor,” he was shocked and went away grieving. For St. Francis, born Giovanni di Pietro di Bernardone, the Elvis Presley film actress Dolores Hart, and Princess Ileana of Romania they did what seemed like it would be impossible. As impossible, as Jesus says as for a camel to go through the eye of a needle. But for them and for their lives, they made the impossible possible.

And perhaps the reasons they were able to do this are because of two things that are illuminated in the Gospel reading. One is found in the verse: “Jesus, looking at him, loved him…” and the other is in the line: “for God all things are possible.” When we are forced to make difficult decisions and to choose between things that might seem to not go with the way society has dictated are typical or in our own best interests, we need to remember that God loves us always and unconditionally, and will forgive us no matter what decision we make because God understand the limits of our own humanness and mortality. But even with the limits that are placed upon us as mortals, there are no limits to what we can do with God’s help because “for God all things are possible.” For me this Gospel reading is about re-imaging the possibility of not taking the ordinary way, and about giving up those things that we think are indispensable to our lives. For most of us, these things include our possessions – those things that we work hard to acquire, that give us satisfaction to own, and that we might incorrectly use as a sign or symbol of our value or worth.

In my work as a hospital chaplain, I often journey with people who find themselves immeasurably changed by their health crisis including their stay in a hospital when all the familiar, when the comforting things of their lives no longer surround them. For many people, their faith is what makes it possible for them to see that their suffering can be an opportunity for transformation and growth. It is not a surprise to learn that this growth has nothing to do with money or personal possessions. Instead, such a transformation has everything to do with gratitude, personal strength, resiliency, spiritual fulfillment, and improving one’s relationships with others. Jesus is right when he tells us money or the quest for possessions will not be the ticket to eternal life. Living through this pandemic has also confirmed this as well. What we learned most from the difficult separations from each other was the tremendous value we place in our relationships, and our need to just be together with those who mean so much to us. Jesus’ love for us is precisely what allows us to consider making significant changes that before were impossible. As we heard in Psalm 90: “So teach us to number our days that we may apply our hearts to wisdom.” May we all use the time we have left to focus on those things that truly matter, and with Jesus’ help make our love for God and for each other the reason for our lives. Amen