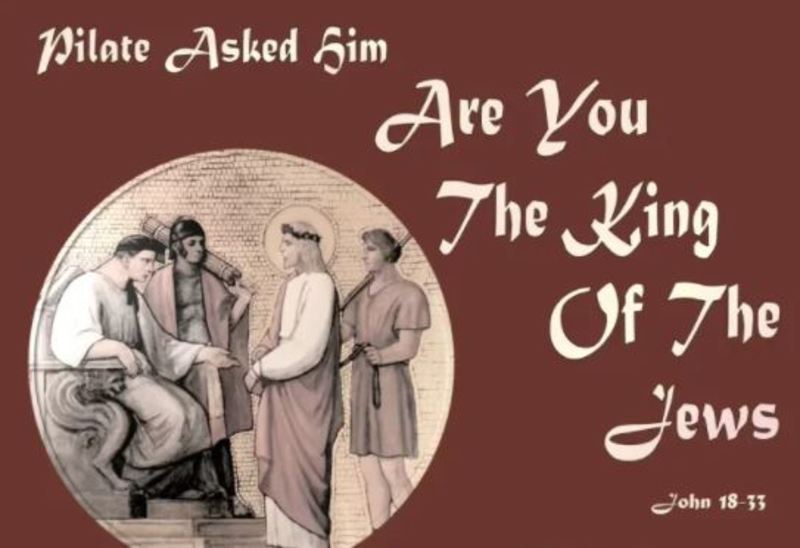 Christ is All in All Sunday

During a discussion this past Tuesday of Bishop Michael Curry’s book, Love is the Way, Duane Pederson, pastor at St. John’s Lutheran Church, told a powerful story about his work as bishop in Wisconsin in 2009. The event took place as the Lutheran Church was discussing--or too often than not embroiled in a feud bordering on a fracas--as to whether or not openly gay and lesbian individuals could be ordained. Pederson’s experience mirrored that which Bishop Curry cited in Love is the Way when Curry was bishop of North Carolina and the Episcopal Church confronted the same issue about 5 years before the Lutheran Church did.

On one particular night, he received a barrage of criticism for an hour and a half. This was his standard limit for each meeting. Time to go home. He was so defeated he couldn’t even bring himself to say a closing prayer. However, before he could bring the meeting to a close, an elderly woman rose and spoke. She said that she and others on the prayer shawl ministry group thought that Pastor Pederson must be experiencing a great deal of pain and difficulty as he spoke to all of the churches in the synod about the ordination issue. She brought a prayer shawl forward and with her old and gnarled hands draped it over his shoulders. By now, Pastor Pederson was tearing up at the gesture of love and concern. “Let this be a reminder to you,” she said, “of the many people who are praying for you and care for you.” The gesture did not resolve the issue. It did, however, remind Pastor Pederson of the heart of the gospel expressed to him by the genuineness and generosity of the prayer shawl group: compassion.

The story seems rightly fitting for this Sunday that we designate Christ the King. In part, because what Pastor Pederson recognized in his experience and that which was relayed by Bishop Curry is that in many sectors of our society--even the Church--power, might, and domination become ways of engaging around any number of issues. In doing this, we adopt all the negative attributes of Kingly imagery. Our language betrays it. We LORD it over others who do not think like we do. Debates become battles where the victor imposes his or her will. The marginalized and weak have no voice. That is reserved for those who RULE.

Further, the irony of Christ the King is lost on our 21st century sensibilities and world view. Indeed, I suspect most have no idea that there is any incongruity in the encounter between Jesus and Pilate in our gospel text. Christ is King. Therefore, Jesus has every right to defend himself, and, further, put Pilate to the test. This contest between Jesus and Pilate is high drama. And it would never have happened. As a first century Jewish peasant, Jesus would never be afforded what we might consider in our legal system due process. To Pilate, Jesus was a nobody. Worse than that, he was a nobody wasting Pilate’s time. Thus, Pilate would not waste even a breath on someone like Jesus. Thus, Jesus would not have gone to the Praetorium to plead his case. He would have gone there to receive his sentence.

Thus, while the nomenclature of Christ as King is appropriate for our imagining the power and the glory of God embodied in Jesus, perhaps another term should be used. One that makes it less likely for us to tend into the negative aspects of King and express the fuller reality of what we trust is happening in the Crucified and then--and only then--Risen Jesus. Paul’s letter to the Colossians offers us a possible replacement. Christ is ALL and in ALL. Or as you may have seen it in the weekly: Christ is all in all Sunday. And the implications of this paradigm shift are profound. If we live with the understanding of Christ being all and in all, we can continue to disagree, but we cannot be disagreeable. If we replace the idea of monarchy with the imminence and intimacy of Christ, we see not a hierarchy of being, but rather a community of equals grounded in love and concern for one another. The prayer shawl group engaged Pastor Pederson on that level. Not might makes right. Rather, here is proof of our concern and care for you. And that is the heart of what Christian community can, should, and must be.

Unfortunately, when the emperor Constantine converted to Christianity in the 4th century, the Church and tradition were never the same. Aligned with worldly power, corruption was inevitable. A once marginalized tradition now presided at the center of power and prestige. It wasted little time in reworking the theology of the Cross--that is God present most fully with us and for us in suffering and abandonment--to a theology of Glory--simply put, God is with you and for you when you are successful and power is yours to wield. And, ultimately, a community that recognized that there was no longer Jew nor Greek, slave nor free, male nor female; for all are one in Christ Jesus sadly evolved to develop litmus test after litmus for who could commune, who was worthy, and, ultimately, who was saved.

Yet, that is not how God works. Indeed, the reality that suffering produces compassion may be a truth we should consider when it comes to the divine. Perhaps, in Jesus’ ultimate pain and despair, God knows in a way unknown before the struggle and suffering of the world.

And, thus, God responds not in judgement--as a King--but with compassion--as the Beloved. God responds with compassion so that the will of God is not discerned by who holds power, but rather by who self-sacrifices. The presence of God is not where opulence and ease delude, but rather God resides in the reality of life with its struggle and pain and loss. God’s ethic is not circle the wagons and protect the chosen few, but rather go out into the streets and give of what you have to those who need it. Duane Pederson was not freed from the struggle that he endured in 2009. Yet, he was offered glimpses of Christ who is All and in All supporting him, loving him, and journeying with him through the gnarled hands of an old woman and a prayer shawl. We too may experience those moments. Our perception, however, needs to be exercised to anticipate the Holy not in the halls of power but rather in the hearts of ordinary people doing ordinary things to share the extraordinary love and mercy and grace of God.