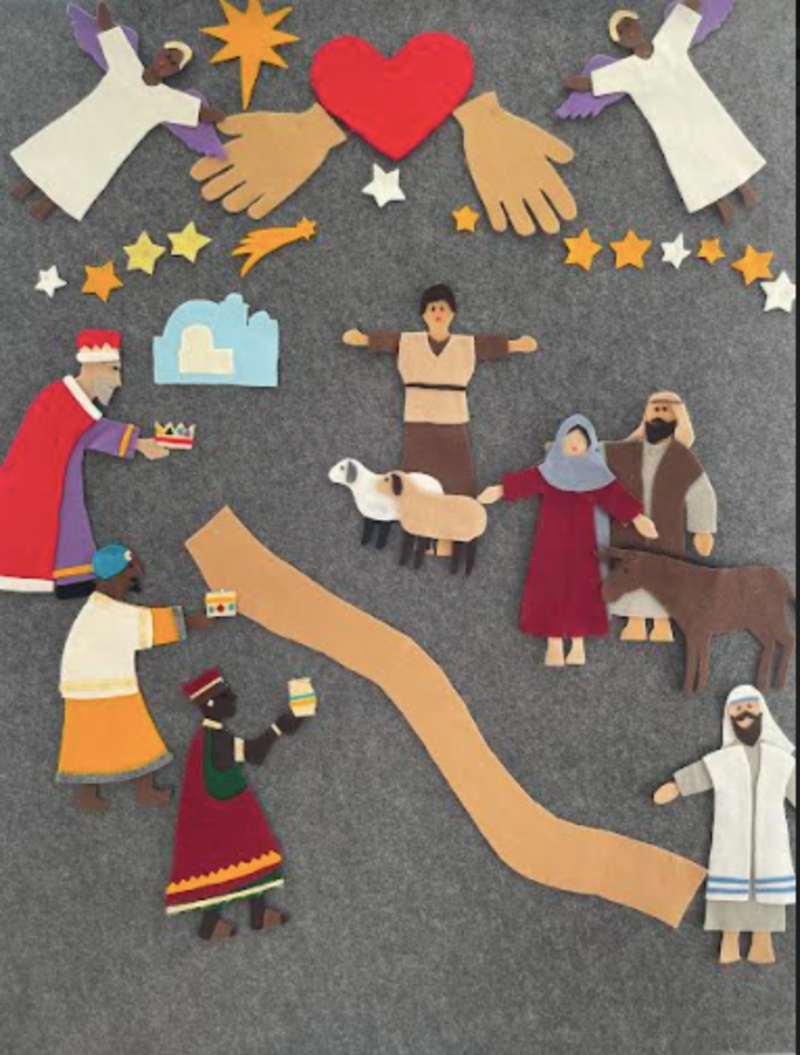 The Lord be with you!   This Sunday is the fourth and last Sunday of Advent and the color is blue. We are getting very close to the Mystery of Christmas

This week it is the Three Wise Men, who saw a wild star in the sky, who show us the way to Bethlehem.

On the fourth Sunday in Advent, we remember the wise men or the Magi. They came from far in the East and they were so wise that people thought they were magic. In fact, we get our word, “magic”, from the name they were called in their own language, “the Magi”.

Of all the things they knew, they knew the most about the stars. They knew where each star was supposed to be at each time of the year, so they could tell people when it was time to plant their crops or take a trip on the ocean in a boat, or even cross the high mountain passes when the snow wasn’t too deep.

They followed the star all the way to Bethlehem, but they came from so far away that they got there after the baby was born. They are always late, it seems. Every year they are late, but we remember them, because like us they too are on their way to Bethlehem.

Light the candle of the wise men. Enjoy the light.