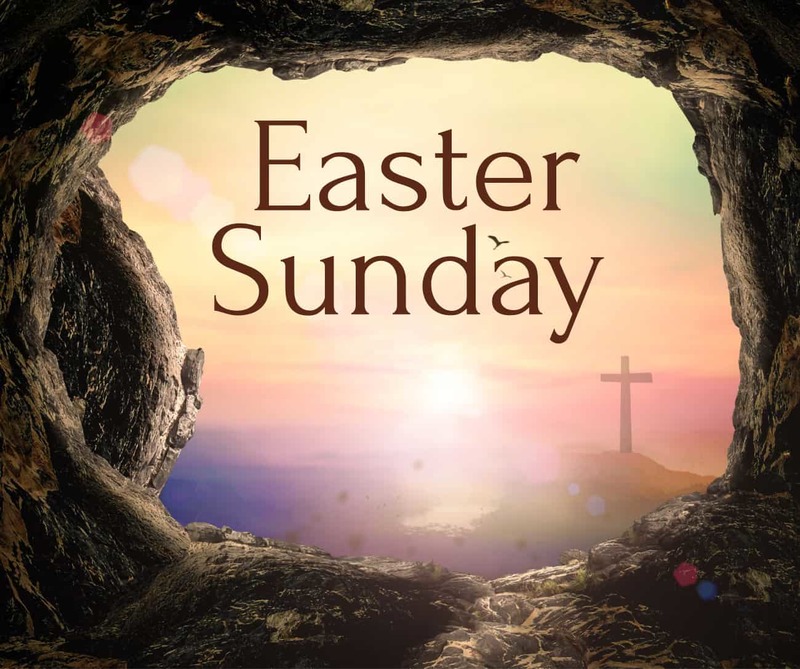 Feast of the Resurrection

An old Arabic saying advises, “Have faith in God, but tie up your camel first.” It is no-nonsense advice to let go of things--to have faith--but also a reminder to remain active in the world. Hedge your bets? Some other iterations similar to this saying include:

Say a prayer but move your feet;

Eyes on the stars but feet in the mud;

I stumbled upon the Arabic phrase while listening to a TED talk from Wajahat Ali discussing hope, but doing so from the experience of his daughter’s cancer diagnosis and treatment. Hope and cancer may seem difficult to link. Yet, Ali made the case--indeed, the necessity--for hope over cynicism and fear especially when faced with something like cancer. In part, he encouraged listeners to control what they could control, and then to let go of all that you can’t control, and Lord knows there is a lot that we can’t control. Have faith in God, but tie up your camel first.

It’s not bad advice, particularly for the world we live in. But, I suspect, that we may err more on the latter--tying up our literal and figurative camels--than on the former--having faith in God. Especially when it comes to things that we cannot explain nor know beyond the shadow of a doubt. The Feast Day that we observe today--the Feast of the Resurrection, Easter--is one of those things that we have a hard time explaining and knowing absolutely. We proclaim confidently the Easter promise, “Christ is Risen! The Lord is Risen indeed!” Yet, what does that mean for us in the early 21st century, still mired in a two year plus pandemic, sitting on the precipice of a possible world war, perched alongside a climate crisis of tsunami proportions? Just to name a few things. Not to mention daily realities of work, family, the economy, health, and it would not be far-fetched for any of us to rephrase the Arabic saying: Tie up your camel, make sure that someone is watching your camel or use video surveillance if you can’t get a person, ensure that your camel has food and water, get a vet for your camel (preferably one trained at a top university), register your camel, buy insurance for your camel, and then, and only then, have faith in God.

Well, if you are one who longs to believe beyond the shadow of a doubt but continues to tie up your camel first, then you are in good company. As one commentator noted regarding the Resurrection, “If it’s not hard to believe, you’re probably not paying attention.” The beauty of the Easter accounts from the gospels is that they often create more questions than they offer answers. Luke’s gospel is no different. Far from ecstatic praise and concrete conviction about what happened to Jesus, how it happened, where he was, and what it all means for us, today’s gospel appears almost comic in its seeming obtuseness. Or, as another commentator notes, “absolutely no one, upon hearing the news that death itself could not hold the Lord of Glory captive, says, “I knew it – just like he said!”

Rather, everyone acts as if nothing has changed. Death has been defeated. The life and love of God will not be contained. The world is transformed forever. Yet, to follow the actions of Jesus’ closest friends, you would never know any of that. Indeed, the very question that the messengers ask of the women at the tomb betrays the fact that nothing has changed in their mind, “Why do you look for the living among the dead?” The women were at the tomb not because they believed Jesus would be raised but so they could give him a proper burial. They did not suspect anything but the worst. Furthermore, the disciples are just as clueless. Upon hearing the women’s report of the empty tomb, they also seek the living among the dead. They remain locked into the tomb and oblivion that nothing has changed. We are told, “But these words seemed to them [the disciples] an idle tale, and they did not believe the women.” The Greek word for “idle tale” includes leros which is the root for our delirious. That is, the women were crazed, insane, mad, and maniacal just to use the first four synonyms for delirious on Thesaurus.com.

Actually, the questioning and the disbelief sound rather appropriate for those of us today. While we worship, while we participate in a faith community, while we seek to live better lives, while we hope to follow a bit more of the call that God gives us, how often are we seeking the living among the dead, and how often do we hear reports of God’s power present in the world and write it off as delusional? That is, do we recognize that God has done something new? Or do we see the world through the lens that nothing has happened? How often do we remain in the tombs of our preconceptions, conventional wisdom, biases, and prejudices rather than recognize that they all are dead next to the spirit of God that is alive and afoot in the risen Christ? We can’t see the Resurrection. We can’t touch it. We can’t smell it. Nor can we hear it. Yet, the whole of our senses and, indeed, the whole of our being is invited into participation with the living God who breaks down the wall that death has created, separating us from those whom we love, and breaking through the apathy and indifference that inures us to the life and love that God showers upon us.

Alongside Wajahat Ali’s focus on hope is a piece in the New York Times on Friday of pastor Timothy Keller’s perspective of dealing with illness. The piece is aptly titled: How a Cancer Diagnosis Makes Jesus’ Death and Resurrection Mean More. At one point Keller notes, “Holy Week gives you both death and resurrection. They don’t make any sense apart. You can’t have the joy of resurrection unless you’ve gone through a death, and death without resurrection is just hopeless. . . With any kind of suffering, if I respond to it by looking to God in faith, suffering drives me like a nail deeper into God’s love, which is what cancer has done for me.”

Thus, Easter does not mean the end to difficulties or doubts, rather it reframes the world in which we live as one that is permeated with the presence of the holy. Hope exists and that creates courage to meet the challenges and give thanks for the moments that are gifts. Death will not have the last word. Or, as Martin Luther King, Jr. would say, “We must accept finite disappointment, but never lose infinite hope.” Further, the resurrection isn’t objective or provable, rather it is embodied in the lives of those who experience the presence and the hope of the risen Jesus. Mary Magdalene, Joanna, and Mary were the first. Peter followed soon afterward. The other disciples trailed after Peter. And the individuals’ and communities’ embodiment of the risen Christ continued to spread. Not verifiable proof, but the spirit of the one who healed, fed, and loved incarnated by those who believed. They possessed what Emily Dickinson penned, “Hope is the thing with feathers that perches in the soul and sings the tune without the words and never stops at all.” And we are witnesses to such hope in this time. Hope that instills courage in people to act in the world. Hope that leads to courage so that we might live.

The wisdom of the sayings:

Say a prayer but move your feet;

Eyes on the stars but feet in the mud

And, “Have faith in God, but tie up your camel first.” are timeless. However, they miss the larger point that we are called to experience in God and the promise of the resurrection. It’s not that you should hedge your bets--work so that if God doesn’t provide you are okay. Rather, the promise of God, God’s love, God’s mercy, God’s grace is the very thing that animates our feet and the ability to tie up our camels. The post resurrection declaration is: Have faith in God, and live.