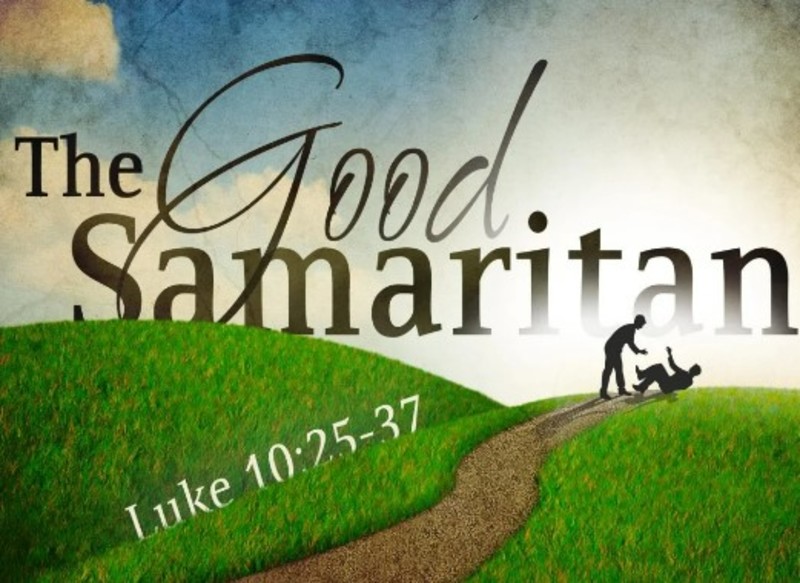 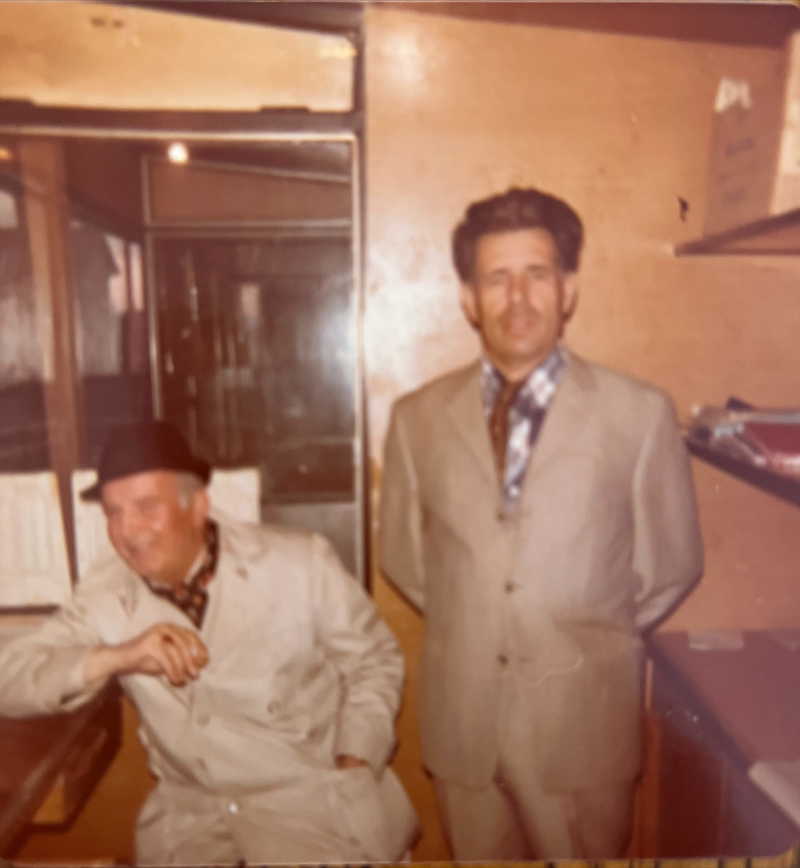 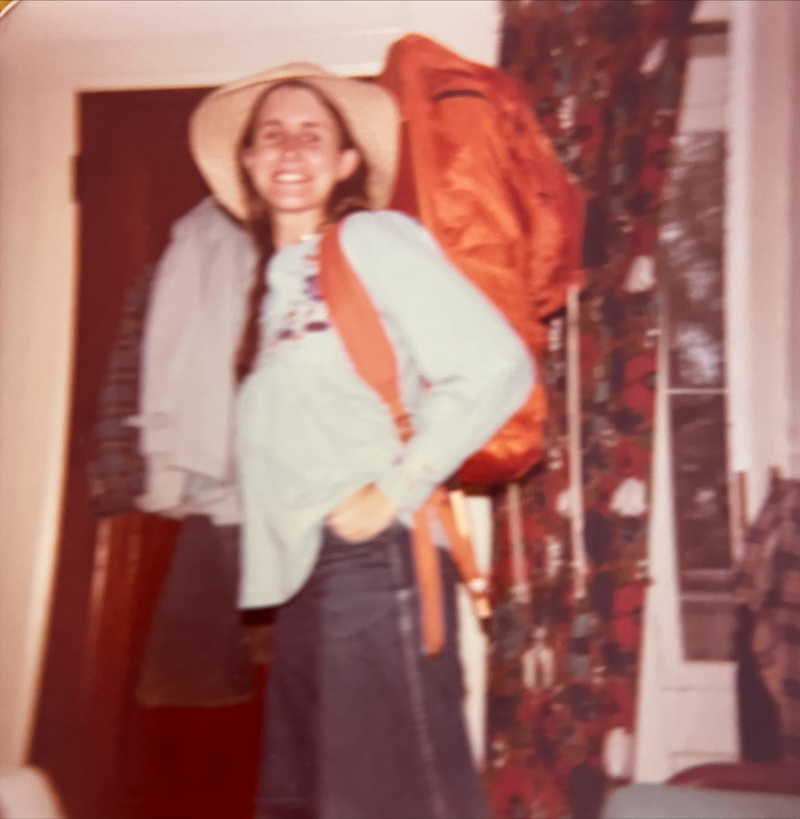 The Parable of the Good Samaritan – “Who is my Neighbor?”

A long time ago when I was young and adventuresome, I did what many young people do, I went backpacking through Europe. I had saved money by working at Kentucky Fried Chicken all through high school and when I was about 21, my girlfriend and I purchased flights and Eurorail passes and left Winnipeg for the great unknown (to us). We had about six weeks to see, well basically, everything in Europe (so we thought). We stayed in youth hostels chosen by the book that had everything you needed, (so we thought) called: Let’s Go Europe. We were young, we were brave, we were feminists, we were short and young looking, and we had very long hair. Trailing to our waists, my hair was brown, and hers was blond. And, looking like typical young women of the late 70’s, we didn’t think anything about our hair, our peasant blouses and shorts -- until we got to, what was then called, Yugoslavia. We had taken the train to Belgrade, then the capitol of Yugoslavia and arrived on May 1 – May Day. Tito was still alive and still their leader and the day was marked by tanks and banners and marching soldiers and an amazing display of socialist/communist nationalism. We were impressed at how different it seemed from the other parts of Europe we had been in, and also quite surprised at how different the people we met responded to us – particularly the men. The men, no matter what ages, simply wouldn’t leave us alone. They yelled things at us, they followed us, and, most annoying, they wouldn’t stop touching our hair. This turn of events had definitely not been discussed in the recent edition of the Let’s Go Europe guidebook!

We were getting really tired of this type of attention by the day we had planned to go to Greece which was located due south. Since the trains didn’t go that route, our guidebook had recommended taking a couple of buses that started in the late afternoon, went through the night with a longish stopover on the side of the road at 3 AM. No problem, our naïve youthful selves thought – easy peasy. But we knew we were in trouble about five minutes after we got on the first bus. Once in our seats, there was steady stream of men coming towards us, talking in loud voices, and touching our hair. We tried to appeal to the bus driver to help us and we were ignored. We tried to appeal to the women on the bus and they didn’t want to get involved. But we knew we were reasonably safe as long as we were on the bus. However, we also knew we were going to get dropped off on the side of the ride for the transfer in the middle of the night. We debated what to do – we couldn’t stay on the bus – how would our families know what happened to us if we disappeared on the side of the road in Yugoslavia. In short, we decided we were idiots and we were in big trouble.

When the time to get off arrived, we found ourselves in the middle of nowhere and scared to death. The men had started to form a circle around us and the scene turned from worrying to desperately serious. I remember feeling so stupid and so scared. And then as the circle moved in closer and closer a loud voice yelled something, the crowd parted, and a man spoke to us and signaled for us to follow him, which we did, to a small hut, not far away. Once inside, he shooed the men away who had followed him, and he offered us seats. With no common language, his face looked sorry about what we had endured and he made us some amazing Turkish style coffee. He gave us cookies and sang songs. He had a friend with him who also sang and laughed and talked. There is no doubt in my mind that something very horrible was about to happen to us that night, and this man saved us. He didn’t have to; he didn’t speak our language, but he saved us. My life might have been very, very different without this stranger. When the next bus came, he spoke sternly to the bus driver, made sure we had seats at the front, and the same men who had encircled us just one hour before never bothered us all the way to Greece. Who was this man, and why did he do this? Despite our differences and despite the fact there was nothing in this for him – he saw us as his neighbor and he saved us.

And, in this way, my story is also linked to our Gospel reading today– the Parable of the Good   Samaritan – a story that is about choosing whether to walk on by someone who is in need of help or to stop, inconvenience yourself , and go the extra mile for someone you don’t even know. And it is a story that is also about the Greatest Commandment of Jesus -- the commandment for us to love God, and to love our neighbor as we love ourselves. Thank goodness for the lawyer in the crowd who asked Jesus for clarity -- asked the question we all need answered, particularly in our troubled times -- exactly who is our neighbor?

In Jesus’ time, the Samaritans did not like the Jewish people, and the Jewish people did not like the Samaritans. Samaria was located between Judea in the south and Galilee in the north. Samaritans were a society of racially mixed ancestry of both Jewish and pagan people. Their theology had some aspects of Judaism, but not all – they worshiped Yawweh, the God of the Jewish people but only accepted the first five books of bible. Their temple was not located in Jerusalem. Because their faith was not 100% Jewish and with a touch of paganism, the Samaritans were hated by ordinary Jews. When Jews would travel from Judea to Galilee, they would cross over the river Jordan, an extra 30-mile detour, in order to bypass Samaria lest they become contaminated.i It is precisely for this important reason, that Jesus makes the Samaritan the hero of the parable. The traveler, who may or may not be Jewish, was beaten by robbers and left on the side of the road half dead. He was not helped in the parable by the Jewish priest, and was not helped by the Levite, also Jewish. In fact, they saw him and passed to the other side of the road. In making his case, for who is one’s neighbor, Jesus specifically chose people who should have been most likely to help a possible neighbor – a priest, who knows the Jewish law best of all and know it is his responsibility to help, and a Levite, a kind of second in command, Jewish religious person, who should know it as too. Again, Jesus uses his teaching to point to the hypocrisy of the religious officials, and possibly Jewish law itself. For if the traveler really was dead – Jewish law could be understood to have forbidden the priest and the Levite from touching a corpse, a technical explanation of why they could get off the hook from helping. (From “Who were the Samaritans and Why were they Important?” from Catholic Answers, in www.catholic.com/quickquestions)

Instead, the man who showed the victim compassion, who picked him up, brought him to safety and inconvenienced himself in both time and money was a Samaritan – who of the three, was the least likely to be considered a neighbor to the traveler So while targeting hypocrisy, and racial difference – Jesus is telling us that our neighbor is well, basically everyone – and that we have a particular duty to show compassion, to help the most vulnerable, the victims, and those who are not like us – the stranger – the “other.” In other words -- no excuses for not helping. And why, because in loving our neighbor like ourselves – we are both showing our love of God and doing that, which will, in the broadest possible sense, come back to help us too. By loving our neighbor as ourselves, we are not just “doing” and “acting” toward people like we want people to do and act toward us – we are taking it to the next important level and loving others as we want to be loved. For in loving others we are more likely to show compassion, and help in ways that go beyond merely doing. In loving others, we accept that we are all connected as children of God – that race and religion and gender and sexual orientation and age and citizenship and those things that make us different cannot, can never, separate us from the love of God -- and should not separate us from the love of each other.