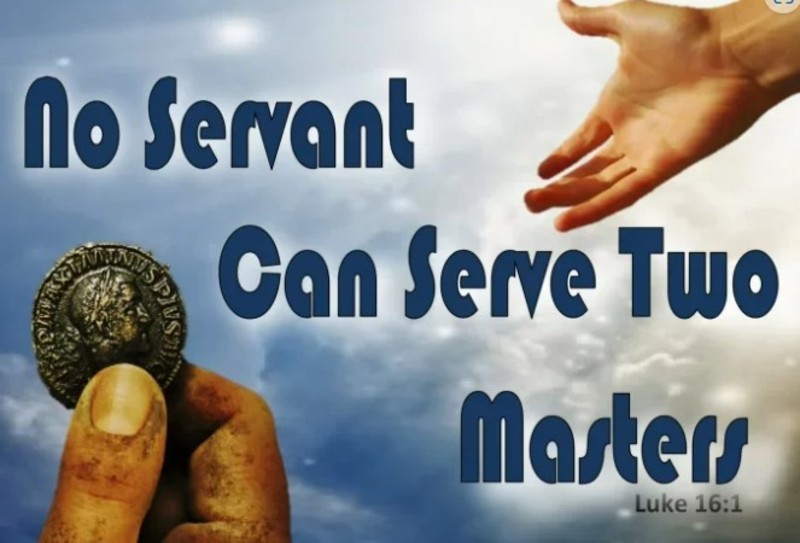 The parable that Jesus tells in today’s gospel is so difficult to hear. The parable of the Unjust Steward, as it is known, unsettles us and portrays a universe that is not working. Indeed, it is deeply out of sorts. A manager is fired for not doing his job. He fears for his livelihood. Schemes as to how to save himself, and does so by forgiving the debt of those who owe his boss. Something that he has no right doing. Yet, he is rewarded by the master. Again, how is this supposed to be a model of the godly life? It appears that sloth (not doing your job) and dishonesty (forgiving what is not yours) is rewarded. Winning seems to be rewarded over playing the game fairly. This is not how the universe is supposed to work. It certainly isn’t supposed to get the blessing of Jesus!

Though, as we mentioned last week, parables are not meant to be stories that teach morality or offer life lessons. The parables of Jesus are those that disrupt and challenge the very world view of those who listened to him in the first century and we who listen today. The parable of the unjust steward does this in spades!

Sarah Dylan Breuer offers a helpful contextualization of the story. Much of her insight follows:

Basically, a rich man lives in a big city (like Jerusalem). A lifestyle of luxury is made possible from the income of the estate he owns in the countryside. He's hires a manager to run it while he parties in Jerusalem. Importantly, all of the work of planting and harvesting is done by peasants whose grandparents might have owned the land but lost it in payment to a debt. The peasants work the land as tenant farmers, buying what they need from the company store (at prices far above what their grandparents paid for the same goods). Thus, whatever is left over after the exorbitant rent is paid to the landowner. The harvest is never quite enough to pay all the bills, so the family slips further and further into debt.

The landowner fires the steward because of rumors that the steward squandered the landowner's resources. So the steward is no longer authorized to do anything at all in the master's name. Given the above, the farmers aren't about to take him in either, given how he's allied himself with the landowner by taking a job that involves collecting exorbitant rents, running the company store, generally dealing unjustly with the farmers, and locking them into debt. You can see the steward’s dilemma. He has no where to turn.

So what’s a steward to do? Well, this one does an extraordinarily clever thing. He gathers all of the farmers who owe his master money, and he declares that their debts have been reduced from the rough equivalent of "a million bazillion kajillion dollars" to something that maybe could be repaid, maybe (just maybe) freeing the family to make choices about next steps. All this is done with a few subtle strokes of the forger’s pen.

The streets for miles before he reaches the estate are lined by cheering farmers. They're shouting his name, telling him he's a hero. He finds out (probably when he arrives at the estate house) what the steward has done in telling the farmers that the landowner forgave their debts. Now he has a choice to make. The landowner can go outside to the assembled crowd -- the people shouting blessings upon him and all his family -- and tell them that it was all a terrible mistake, that the steward's generosity was an act of crookedness and won't hold water legally. You can imagine the response to this option! The cheering turns to boos, and the landowner may be afraid for his life

Alternatively, the landowner can go outside and take in the cheering of the crowd. He can take credit for the steward's actions, in which case he'll continue to take in the acclaim of the farmers. Mistreat the steward, who brought such good news of the lord's generous forgiveness in the future, and the crowd might turn on him. I don't doubt what a sane person in the landowner's situation would do in such circumstances, but either way, the steward goes from scab, scumbag, and scallywag to hero. When he retires, the farmers will gladly take him in, if the landowner won't.

So what's the moral of this story, a story unique to Luke? It's an unconventional lesson, to be sure, but it boils down to what is of great emphasis in Luke: FORGIVE. Forgive it all. Forgive it now. Forgive it for any reason you want, or for no reason at all. Forgive. Period. Don’t try to do the calculus. Don’t weigh the odds. And recognize that forgiveness is not about the universe working. Rather, forgiveness is a sign of how the universe is broken. Yet, rather than keep breaking it, forgiveness is a step in restoring it. Remember, this is the writer who brought us the question of how often we should forgive someone who wrongs us. Seven times? No, 77 times. Or, as in some readings, seven times seventy!

We want heroes and heroines who are moral avatars and, basically, perfect. The characters in the parables of Jesus--and indeed the people with whom Jesus hung out and befriended--were anything but that. They--like us--were flawed, fallible, and in need of forgiveness. If the rules of the game were to apply, no one would survive. Thus, in Christ, the rules are altered. It may bother some, particularly if they are self-righteous, believe they have done everything right, and need no forgiveness. Yet, for everyone else, the system is a lifeline amidst the storms of life that sidetrack all of us, despite (and at times) because of our best intentions. The apt response is nothing less than, “Thank you!