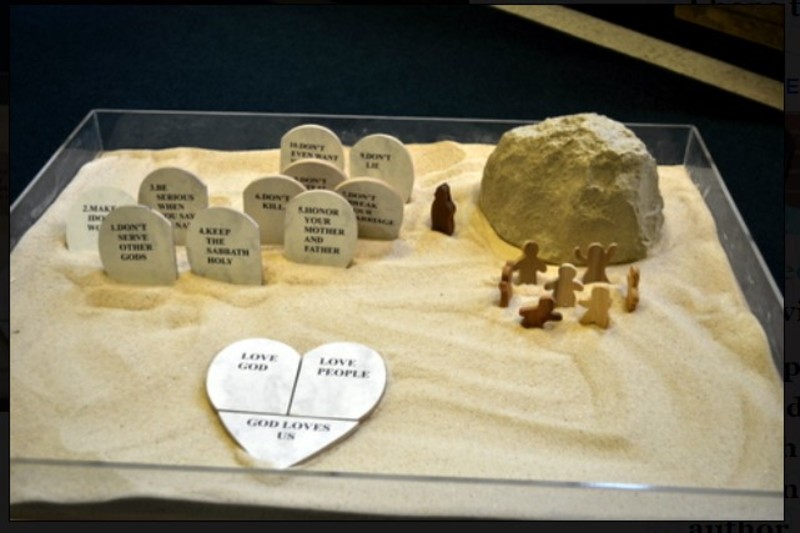 The desert is a dangerous place. People do not go into the desert unless they have to.  Now the People of God went through the water into freedom.  Now that they were free, they could go anywhere they wanted to go and do anything they wanted to do. Where will they go now? What is the best way? God loved the People so much that God showed them the Ten Best Ways to Live.  Sometimes these ways are called the Ten Commandments.

Finally, they came to the great mountain. The People came close to the mountain, but they were afraid to touch it.  Mount Sinai was covered with fire and smoke. Moses was the only one who had the courage to climb up into the fire and smoke to meet God. When Moses was on top of the mountain, he came so close to God, and God came so close to him, that he knew what God wanted him to do.

God wanted him to write the Ten Best Ways to Live on stones and bring them down the mountain to the People. God gave the Ten Commandments to Moses. Moses gave them to the People, and they gave them to us. There were four best ways to love God and there were six best ways for loving people.

I know these are all hard. God did not say that these are the “ten easy things to do.”  They are the Ten Best Ways to Live, the Ten Commandments.  They are hard, perhaps even impossible, but we are supposed to try.